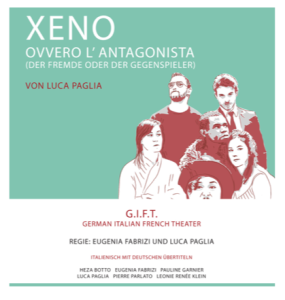 This piece is composed of three story lines: The Roman Empire, a prototype for the EU, is unable to make important decisions due to its overwhelming bureaucracy. The Goths want to become a part of the empirical civilization but feel the need to form an alliance with an ambitious Nation in the far-east. Venice, once thought to be very liberal, proves to be less open after Desdemona marries the exotic Othello. Hitler, who is young and destitute, is forced through the grudge he is carrying to make decisions which will affect the future.

“XENO” causes us to humor our dark sides: those of us who teach society about equality but are in reality egoistic or perhaps even egocentric. In short, the possible causes of xenophobia are examined. The current situation with “PEDIGA” or “IS” shows the actuality of this piece.

The Debut Performance was in Bonn, Germany, in May 2015… 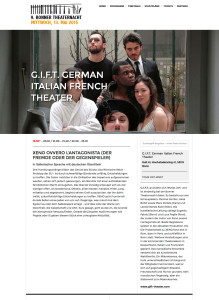